A heat pipe is a device with phase-change principle to efficiently manage the heat transfer between two solid, or fluid interfaces.

At the evaporation area of a heat pipe, liquid in contact with a thermally conductive solid surface turns into a vapor by absorbing heat from that surface. The vapor then travels along the heat pipe to the cold interface and condenses back into a liquid - releasing the latent heat. The liquid then returns to the hot interface through and the cycle repeats.

Each heat pipe project has a particular operation temperature range, the thermal solution designer has to specifying the proper working fluid and pipe material by the intended application. The most common application is a copper pipe with water operating within a temperature range of 5°C to 150°C.

For low temperature application, Cooling House offers methanol heat pipes with copper or stainless pipes, when the heat pipes have to work below water range.

To understand the opportunities a heat pipe can bring in LED luminaires, you have to look first in the basic principles of lighting and optics.

The smaller the light source (LES – Light Emitting Surface), the easier a beam shape and beam pattern can be created from that light source.

So for lighting applications where light distribution is a must, you want to create a light source as small as possible in order to have a perfect beam control.

But there is of course a drawback on that – small light sources means also a high concentration of heat on a small surface that needs to be cooled away, and that’s where heat pipes drop in.

Once aluminum or copper as a conductor becomes too slow to conduct the heat, a heat pipe is an easy and price friendly alternative to transport the heat away from the LED source towards an area where the convection and radiation can be realized.

When we look at horticulture LED lighting, a perfect even light distribution over the plant canopy from a single luminaire is still something most brands seem to have difficulties with to manage.

A lot of horticulture LED applications use LED emitters on an extruded heat sink without use of any optics to control the beam distribution.

As a result the light received at the plant canopy will fluctuate according Imax.cosPhi what means that the light intensity straight under the LED is much higher than on the sides of the beam angle.

This result in different PAR values over the canopy with fluctuations in the growth process as a result. 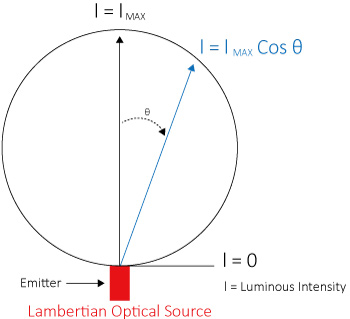 By creating our very concentrated LED horti light engine CoolGrow®, we are able to use advanced batwing lens technology to create a light distribution over the canopy within 90% homogeneity!

Even the beam pattern can be adapted to the size of the canopy resulting in square or rectangular beam patterns, ideally for floriculture projects with LED lights or sensitive crops to variations in PAR. 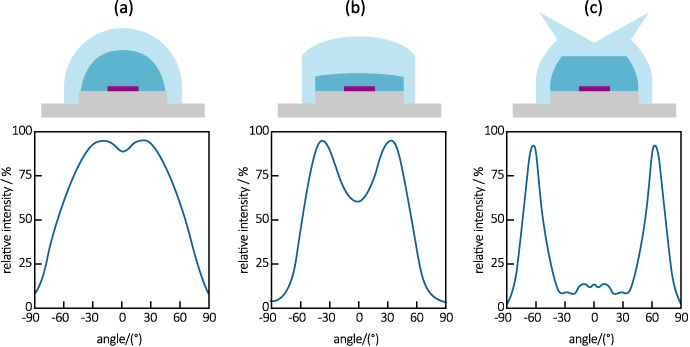 The batwing principle – individual light beams are modulated for a complete even light distribution. 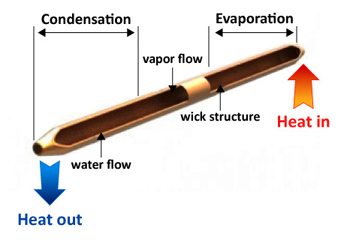