Buy this product
Our partners

Xicato is changing the way the world looks at light.

Privately held, the San Jose, California-based company was founded in 2007 by three lighting industry veterans who envisioned an innovative way to quickly and easily implement an entirely new aesthetic standard for LED lighting in professional settings.

Xicato understood from the very beginning that a comprehensive eco-partner system would benefit its customers by easily getting their hands on the correct optics, LED coolers and drivers.

We as MechaTronix are proud to be part of that eco-system from day one.It all started with the XSM and XLM LED engines, for which we produced the first standard off-the-shelf LED coolers, globally available through our distributor network which was in that time still a bit smaller compared to today…

In the meantime Xicato has been launching a wide score of unprecedented quality light engines in the XIM and XTM series, with special variation on tone, color and perception in the Artist series®, Beauty Series™, Designer Series™ and Vibrant Series®. MechaTronix in parallel has followed the path by miniaturizing the sizes of the LED coolers increasing the cooling capacity per volume, creating new models with high end looks which would fit the high end market of the Xicato users.

For the Xicato XIM and XTM LED engines we recommend to use our CoolStar® designer star shaped led coolers. The CoolStar® diameter 67mm and 86mm are specially foreseen from closed wire pockets at each side, allowing you to guide the output wires of your Xicato XIM or XTM module from the LED engine to the back of the luminaire outside of the visible field. The high-end looks of the CoolStar® match perfectly with the applications targeted by use of the Xicato LED engines. 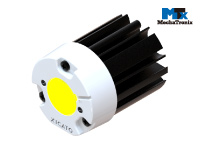 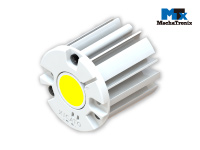 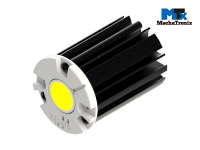 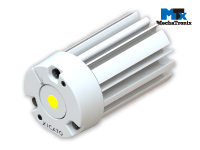 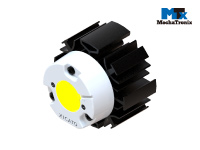 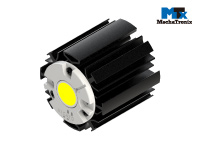 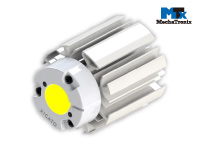 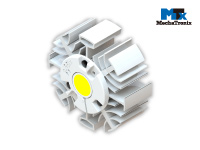 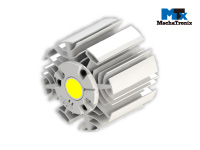