For spot light LED coolers we typically aim at developing very compact coolers which allow our customers to use the most powerful COB, LOB or discrete LED engines on these.We understand that the smaller the light source can be, the easier narrow beam angles of high quality can be produced.As a direct result we concentrate ourselves on developing LED coolers with a high degree of conductive capability, so that the heat from the small source can be absorbed as fast as possible into the LED cooler.For tilted spot lights we design a structure as open as possible so free air convection under these tilted angles can still occur without drastically reducing the thermal performance of the LED cooler.A good example of perfect spot light coolers is the second generation pin fin LED coolers we brought to the market - these coolers can be used under a full 90° beam orientation without any thermal impact. 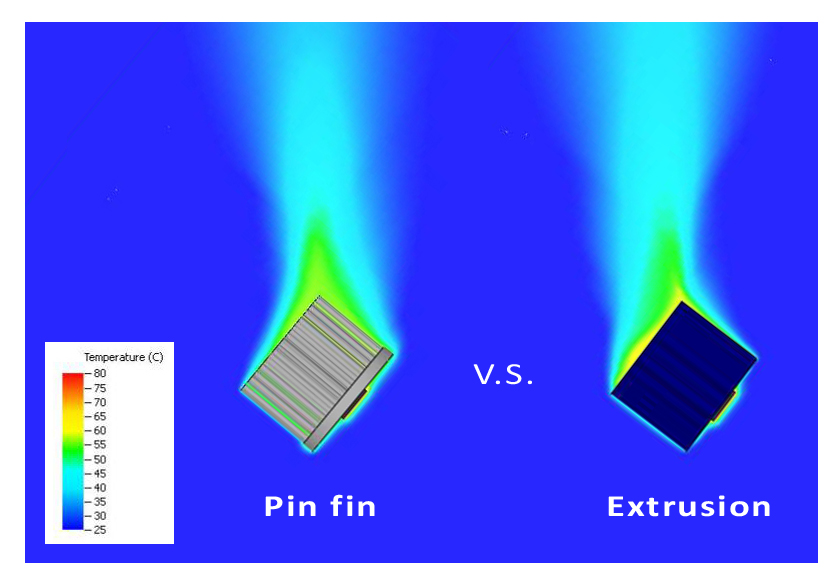 Our standard spot light LED coolers show a variety of mounting holes, enabling you with a wide choice of LED engines as well as connectors and optics. We foresee Zhaga book 3 as a standard on all our spot light LED coolers (mounting pitch 35mm, overall circle diameter 50mm) - the Zhaga book 3 standard is probably the most implemented standard, with availability of a wide range of compatible led engines as well as led connectors from BJB, Bender+Wirth, TE connectivity, Molex, Ideal Industries,... All together you get an incredible wide score of led engines ranging from 1000lm all the way up to 7000lm combined with lenses and reflectors all the way down to 3 degrees.