Horticulture lighting – how to keep it cool?

That horticulture lighting is hot these days is an understatement. The media attention, dedicated events and manifold speakers attracting the listeners all point out that there is a big future (read capital) behind led lighting in the horti- and agriculture sphere. All the players are preparing their strategies and products to earn a piece of the pie, and so is one of the thermal market leaders, MechaTronix from Taiwan. We speak to Koen Vangorp, CEO of the company.

“The thermal challenges and opportunities in horticulture lighting are from an unprecedented level and will definitely impact the future of our company. Were we started off with cooling of spot lights and down lights ranging from a few hundred to a few thousand lumen, we now end up in the era of kilowatts of energy losses which need to be cooled away, environments with extreme needs on temperature and humidity control, and nothing yet standardized on the market…”

“First of all it is worth knowing that independent the power of your luminaire, the heat losses of horticulture LEDs are completely different as those we know best from our white lighting sources. While white corrected single emitters or COBs range from efficiencies of 20% up to 35%, horticulture LEDs with their specific wavelengths like royal or deep blue, hyper red and far red come at a complete different efficiency and resulting heat loss.Here below an easy overview of a few variants. So on first sight we can conclude that the heat losses in horticulture luminaires are depending on the color and wavelength mix, and are significantly less than in white light applications”

“On the other hand the power used per square meter or running meter is much higher in horticulture farming compared to for example a retail project. In horticulture farming we have to distinguish greenhouse farming from vertical farming or city farming projects. Without the extra daylight the power used per square meter easily goes up as far as 400 watts per square meter. Taken in account the losses seen above, that means that 200 watts of heat has to be cooled away, in a luminaire as small and light weight as possible, with respect to the environmental needs like waterproof IP degrees. Looks challenging, but keep in mind that the energy saving effect in these power consuming environments only make the ROI’s shorter and more worth going for it compared to the old technology”.

“We can’t unveil all our plans yet as it’s going to be a challenging market, but a good example of our investments in horticulture LED cooling is going to be the new CoolFin®. The first model is a 600 watt ultra-compact light weight cooler based on advanced heat pipe technology. Reason for this choice was simple – a quick market share with the ideal replacement for the current 1000 watt HID horticulture installed field. In parallel the major LED brands are preparing the first horticulture LED engines on this platform while the optic specialists are working on the lenses. Launch is expected end of the first quarter 2018” 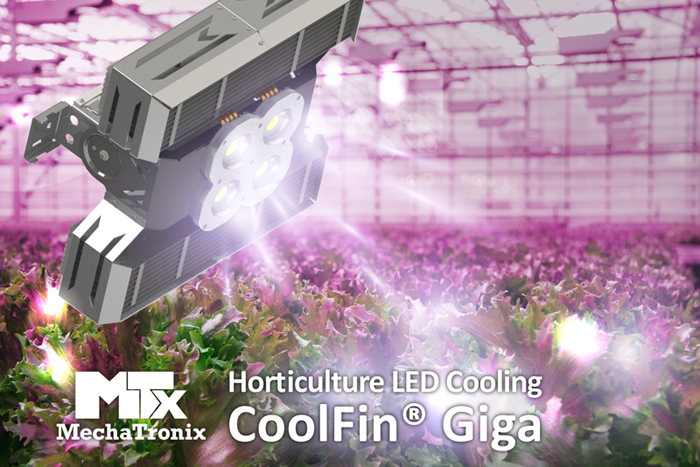 A bit of insight in what makes the CoolFin® so unique as a horticulture top light platform: 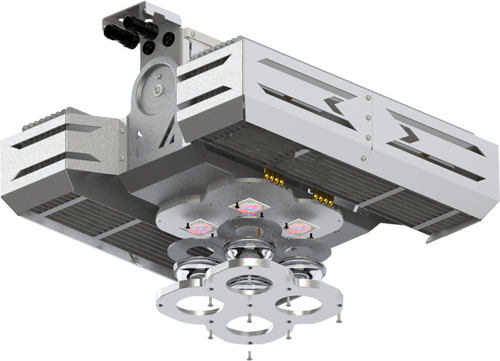 “On longer term we expect a similar evolution in horticulture as what we have seen in other fields like shop lighting or the high bay market. Engines will become available in standardized sizes fitting on predefined led cooler platforms, waterproof lenses will come in a variety of materials and beam angles, and drivers will remain drivers, only a bit smarter…Success is in time-to-market and market knowledge more than product knowledge, so we look forward to a growing future”