As a reaction MechaTronix announces its first standard high bay cooling platform with the ModuLED Mega passive LED cooler. In a diameter of 134mm, a height of 100mm and a weight of 1.5kg, this passive LED cooler keeps luminaires up to 10.000 lumen on the required case and junction temperature. With a thermal resistance Rth of just 0.6 K/W the ModuLED Mega 134100-HBG can cool down 80 watts dissipated power or the equivalent of 115 watts electrical power. 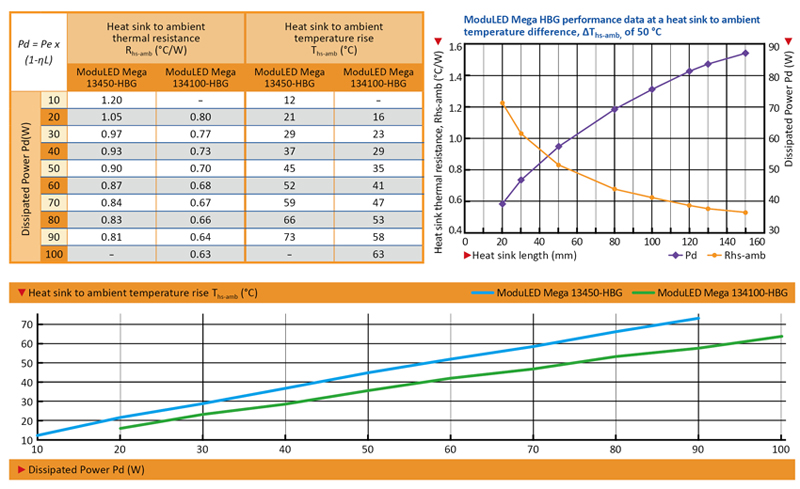 Furthermore the ModuLED Mega is designed in this way that afterwork like drilling holes or tapping screws threads can be avoided in the design.

At one side there is a standard mounting pattern for direct assembly of the Mean Well HBG-60 and HBG-100 high bay LED driver. At the other side this cooler has its typical modular ModuLED design, with a variety of mounting patterns for each Zhaga LED module and the top 15 LED manufacturers of COB LED engines. 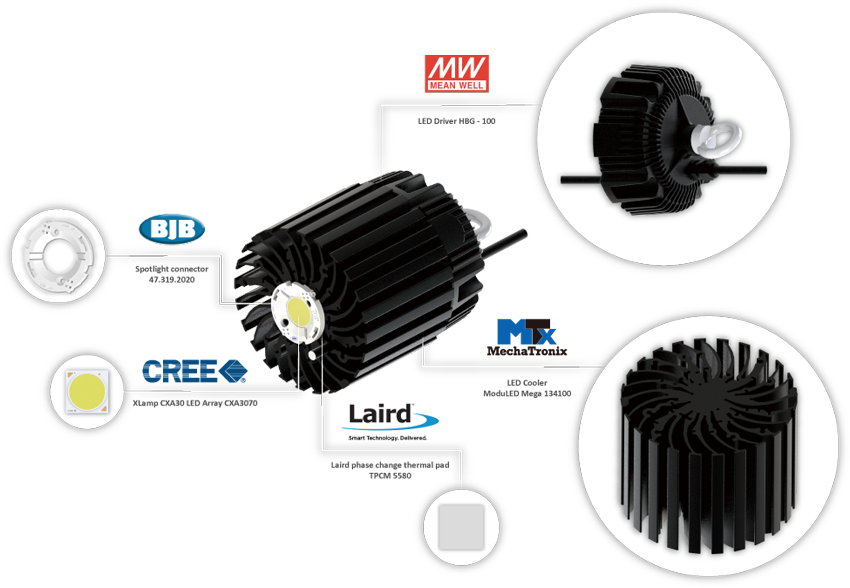 The ModuLED Mega is again an example of the ideal balance between conduction, convection and radiation cooling and guarantees by this an optimal performance to space ratio. Besides the 100mm high model for high bay designs, this LED cooler will also become available in a limited height of just 20mm with a cooling performance up to 4000 lumen. Typically in the down light market there are many projects with limited ceiling heights, and up to now performance for low profile LED coolers where most of time limited to 3000 lumen or below. A third variation is the 50mm high model with a thermal resistance of 0.8K/W or suitable for lighting designs up to 7000 lumen.

MechaTronix will make mass production quantities available from middle of December 2014 onwards. Samples and design assistance are available through the worldwide distributor channels of MechaTronix.Datasheets are available on www.led-heatsink.com/lenses-optics/.