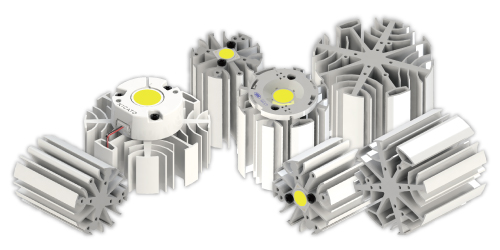 With its headquarter in Kaohsiung Taiwan, a high-end R&D hub in Taipei Taiwan and global distribution facilities in Hong Kong and the Netherlands, MechaTronix leads the world of high-end LED cooling. From a spotlight cooler of a few thousands of lumens all the way to the top light for the national football arena, a wide range of LED coolers have been made standard off-the-shelf available. An in-depth knowledge of thermal management combined with a passion for lighting and aesthetics leads to the exorbitant market position MechaTronix occupies today. We challenge you to go arm-in-arm with us through your next LED cooling design and guarantee you a unique journey.